All you need to know about Pind Daan 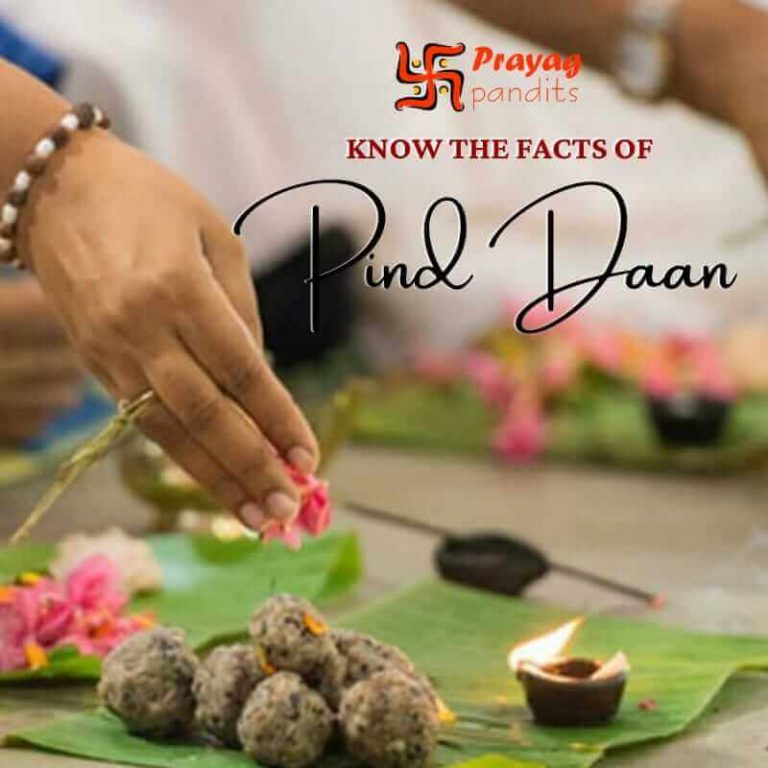 The duty of a son is considered meaningful only when he serves the parents during his lifetime and after his death, duly performing Shraddha on his death date (Barsi) and Mahalaya (Pitrupaksha).

The basic idea of ​​Shraddha is based on the karmic and rebirth of Vedic philosophy. It has been said that the soul is immortal, which is not destroyed. Shraddha means reverence to its gods, ancestors, and lineage.

It is believed that those who leave their bodies, be it in any locality or in any form, come to earth in the Shraddha fortnight and are satisfied with Shraddha and Tarapanam.

According to Hindu beliefs, Pind-Daan is a simple and easy path to salvation. In this way, Pind-Daan is done in many places of the country, but Pind Daan is very important in Gaya settled on the bank of river Falgu of Bihar.

It is said that Lord Rama and goddess Sita also offered Pind Daan in Gaya for the peace of King Dasharatha’s soul.

According to Valmiki’s Ramayana, it is said that when King Dasharatha died during the exile of Rama and Sita, Rama and Sita also went to Gaya for Pind-daan in Pitru Paksha.

Rama and Lakshman went towards the city to collect the necessary material for Pind-daan and Sita ji was waiting for both of them to return to at the bank of river Phalgu in Gaya Dham.

The time for Pind-daan was coming to an end when King Dasaratha’s soul demanded Pind-daan. Seeing the passage of time, Sita Ji considered the vat tree, Ketaki flowers and cow on the banks of the river Phalgu as witnesses and made a pind of sand for the late King Dasaratha and conducted Pinddaan.

It is written in the Mahabharata that a person who sees Lord Gadadhar (Lord Vishnu) in Shraddhapaksha by bathing in the Phalgu Tirtha, is freed from the debt of the ancestors.

It has been said that Pinddaan, Tarpanam and Brahmin bhoj are the three main rituals in the Phalgu Shraddha. The rituals and laws of ritual are different in Pitru-paksha. Devotees perform one day, three days, seven days, fifteen days and 17 days rituals.

Gaya is considered the city of Vishnu. It is called the land of salvation. It is also discussed in Vishnu Purana and Vayu Purana.

According to Vishnu Purana, ancestors get salvation by doing Pind Daan in Gaya and they live in heaven.

Vishnu himself is believed to be present here as Pitru Devta, hence it is also called Pitru Teertha. Pandas of Gaya told that without offering Pind Daan on the banks of river Phalgu, pindadan cannot be done.

The process of Pind Daan starts from the banks of the Punpun river.

According to the legends, a demon named Gaiasur in the lineage of Bhasmasura sought a boon from Brahma by performing hard penance to make his body as holy as the gods and people be free from sin by the mere sighting.

He got this boon, but the adverse effect was that the population of heaven started increasing and everything started to be contrary to the natural law because people started sinning without fear and sin was freed from the philosophy of Gayaasur.

To avoid this, the Gods demanded a holy place for Yajna from Gayasur. Gaiasur gave his body to the gods for the yajna. When the demon Gayaasur lay down, his body spread in five Kos.

The same went further than the five curses. Gayaasur’s heart did not wish to free the people from sin, and he again asked for a boon from the gods that this place should remain the people.

Whatever fathers offer here, their fathers should be liberated. This is the reason that even today people come to Gaya to offer their ancestors.

According to scholars, the circular form of an object is called a body. In a symbolic form, the body is also called a body. At the time of pind-daan, the material which is offered to the deceased, in which the spherical dough is made by kneading barley or rice flour is called pind.

Pind Daan:- How to perform the ritual

Pind-daan is said to be south-facing, offering its ancestors to the ancestors with rice, cow’s milk, ghee, sugar and honey, with zeal, and placing its janeu on the right shoulder.

Black sesame, barley, kusha and white flowers were mixed together in the water and they were offered in a ceremonial manner. It is believed that the ancestors are satisfied with this. After this, the Brahmin is served food after the Shraddh.

From a broad view, the dead Guru and Acharya also fall under the category of ancestors.

It is said that Gaya had 360 altars of various names where pindadan was performed. Of these, only 48 are left.

However, many religious institutions are demanding the discovery of those old altars. At this time, at these 48 altars, people offer sacrifices and pindadan of the ancestors.

In the altars here, it is considered necessary to perform the Vishnupad temple, the banks of the river Phalgu and under the syllable.

It is worth mentioning that 55 places including Haridwar, Gangasagar, Jagannathpuri, Kurukshetra, Chitrakoot, Pushkar, Badrinath have been considered important for Shraddh in the country. The place of Gaya has been said to be paramount.

It is said in the Garuda Purana that every step of the people who go out of the house to go to Gaya makes a ladder for the ascension of the ancestors.

The ascetics perform their Shraddha in their lifetime. It is described in Garuda Purana and Matsya Purana that the things offered by reverence are received by the ancestors in the folk in which they live.

People also take out portions for crows, dogs and cows during Shraddh. It is believed that the dog and the crow are close to Yama and the cow crosses the Vaitarani.