How to Be Aware of Priests & Pandas over Triveni Sangam, Varanasi & Gaya Religious fraudulent – How Prayag Pandits can help you

Brahmins/Pandits/Pandas have great significance in religious responsibilities and duties. From an early age, people are dependent on these dignitaries for any type of religious justifications.

But with the passage of time things are not the same today.
Fraudulent is involved in almost every sector of society and unfortunately, religious perpetrators have deteriorated the prestige and legacy of our culture too.

“Dakshina” is something which we give to the Brahmins for the successful completion of the religious ceremonies. It is given according to the type of material and materialistic figures involved in the process.

It is also dependent on the financial brigade of the person involved in the ceremony. But what’s happening today is something very pathetic and woeful. 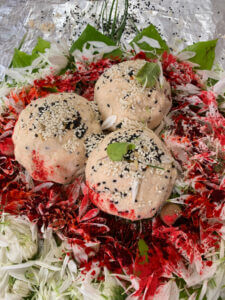 People are being heavily charged in the name of Dakshina.
Sometimes, the amount which is asked by the pandits is so much high that the people have to equalise the amount with some of their ornaments.

The amount of money in the process is not fixed beforehand and the pandits sometimes charge people even 50,000 rupees!
All of this is done in the name of religion and is something that is tarnishing our culture and its glory.

So Prayag pandits have brought a real-time solution for all the above-discussed problems.

Prayag Pandits provide efficient pandits who will take care of all the religious processions and guess what, it is more than 50% pocket friendly.

All you need to do is contact us and Prayag Pandits will take care of all the things.

Prayag Pandits have a great experience of 5 years in dealing with religious tourism, served to many pilgrims and are committed to an ethical way of working and high quality of personalized service with a smile and enthusiasm will win you over.

Prayag Pandits have earned a reputation by both our clients & overseas partners because of our prompt in our replies to your queries.

‌Here is the list of all the religious processions which Prayag Pandits provide:

Here is something you need to know about Pind daan:

Gaya is located at a distance of about 100 km from Patna which is the capital of Bihar.

There are some places all across the country which hold greatness in religious considerations and the city of Gaya is one amongst them.
In Hinduism, spirituality is given great importance and that is why there are certain rituals that are believed to be very helpful when it comes to Spiritualism.

There are thousands of rituals that are performed all over one’s life but they are just a single side of a two-faced story.
In the Hindu religion, it is believed that the soul should be made free from all the worldly connections which will lead to the path of ultimate peace. That is why a ritual called – Pind daan is performed. Pind daan takes place at the bank of Falguni or Falgu river in gaya.

Who was the first to perform pind daan at Gaya?

According to the religious stories, Goddess Sita performed pind daan at the bank of Falgu river at Gaya for king Dashrath.
The story further tells that when Sita Ji was asked for the proof she said, “Falgu river, tulsi, and cow were present at the site who witnessed the procession.”

But all three of them denied the happening that is why Sita Ji cursed all three of them.
After that, it was Lord Rama who further did Pind daan for the departed soul of his beloved father.
Since then the tradition of pind daan started and is still followed.