According to our Indian culture, we have a responsibility towards our parents and close relatives when they are alive as part of abiding by our dharma, we have certain duties to fulfil on behalf of their death.

The Pind Daan known as Shraddh rites is one of the opportunities to fulfil these duties and repay our debt unto the pitars(ancestors). 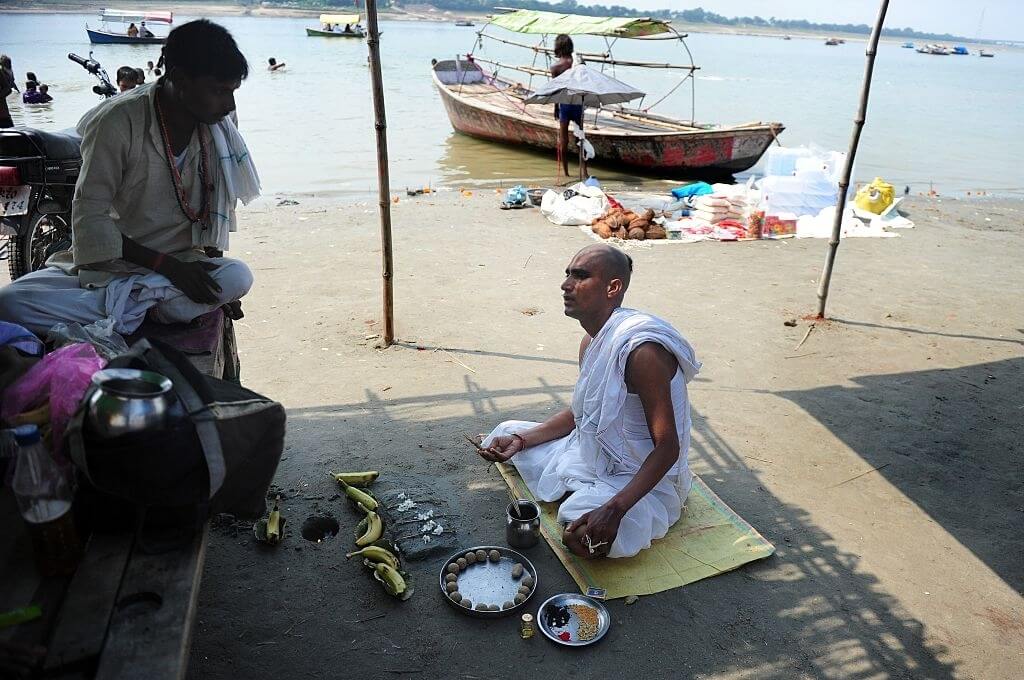 The shraddh rite is a ritual in Hindu culture which is necessary so that the life after the death of the ancestors can acquire sadgati (Momentum for moving to the next higher region).

It is believed that if this ritual is not been performed by us then the curse would decease our ancestors and their desires remain unfulfilled.

According to Indian mythology, if a son is born in a family then it would be assumed that there is a male descendant to perform the shraddha ceremony after one’s death.

The rite is performed for the father, grandfather, great-grandfather, mother, grandmother and great-grandmother. It is intended to nourish, protect and support the spirits of the dead in their pilgrimage from the lower to the higher realms, preceding their reincarnation and reappearance on Earth.

Every year after “Bhaado” (a month in the Hindu calendar) fifteen days of pitars shukla arrives.

This half-month is being owed by the ancestors in which the descendant have to conduct a pind daan over the Holy river Ganga.

On the bank of river Ganga, a holy poojan for pinds along with different mantras is being organised by a saint and the descendant have to shave off his head hairs in order to show a feeling of sorrow.

Certain donations in the forms of clothes, staples, money and utensils is been given to the ‘Pandit’ as it is believed that it will make their ancestor happy and can help them to acquire sadgati.

In pitars paksh more than millions came from different parts of India to the city Prayagraj to have a dip along with pind daan over Sangam. And this ritual is been performed for many long years.

The Sangam is considered as the only divine place for moksha consisting of the confluence of three rivers The Ganga, The Yamuna & The Saraswati.